It is an important year for us Star Wars nerds. Not only are we looking forward to the eighth instalment of the franchise being released in December, but 2017 also marks the 40th anniversary of the original theatrical release of Star Wars (later re-named Episode IV) a long time ago way back in May 1977. 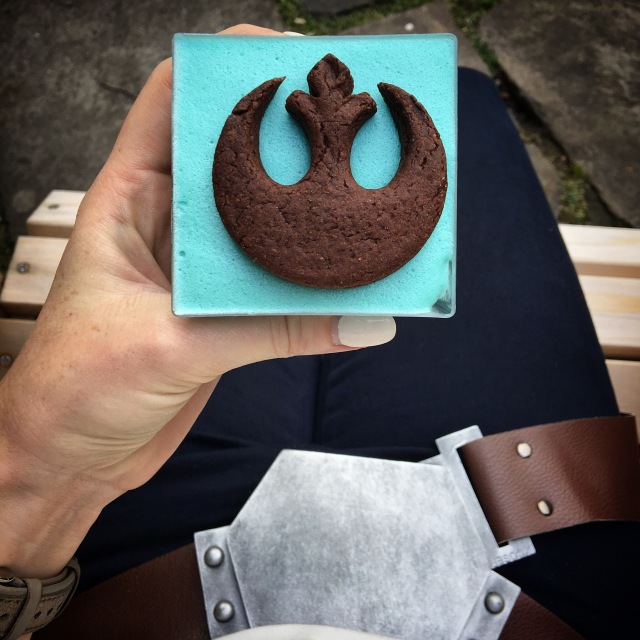 It is difficult to think if a world without our favourite space opera and it is incredible to think that forty years on, it continues to be as popular as ever.

I always try and choose an appropriate theme for my annual Independence Day parties.  Over the years we’ve had a Wild West theme, Captain America and Apollo tributes with last year marking the centennial of the National Park Service.   For this year’s event, I couldn’t help myself in choosing Star Wars as our theme in light of its own very special birthday this year.

As regular readers will know, this is not the first time I have used this theme.  I pretty much try and think of any excuse to have a Star Wars themed party or event.  It is such a good theme, after all!  Without wishing to duplicate previous ideas, I set out to devise an entirely new backdrop for the party.  As it was an Independence Day party, I used the red, white and blue pallete as the basis with a touch of grey and black mixed in. 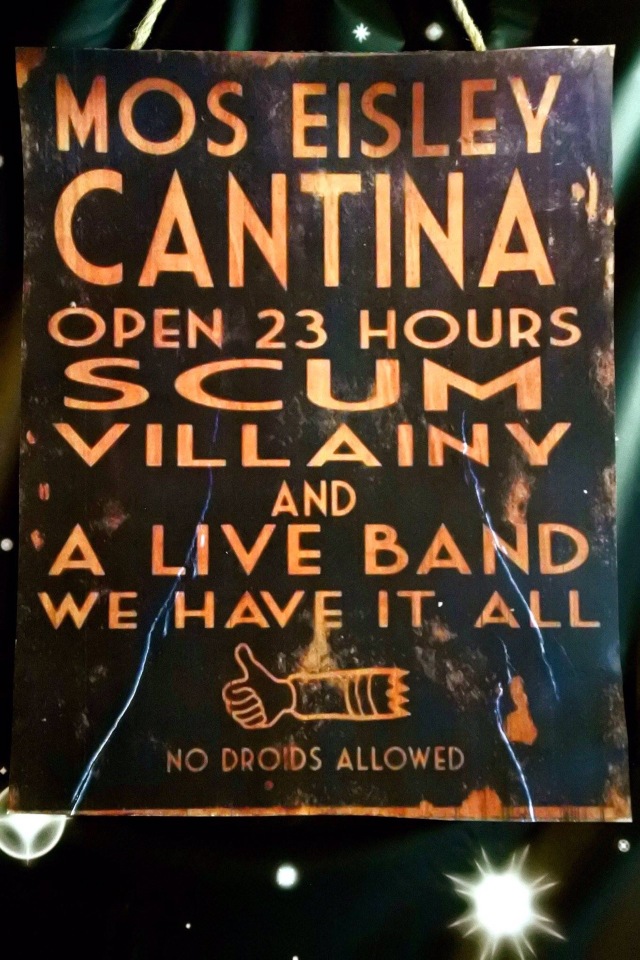 You can’t have a Star Wars bar without making some reference to the notorious watering hole.  I found some labels online and uses my limited IT skills to produce the Qui-Gon’s Gin label disguised as the well loved Hendricks brand. 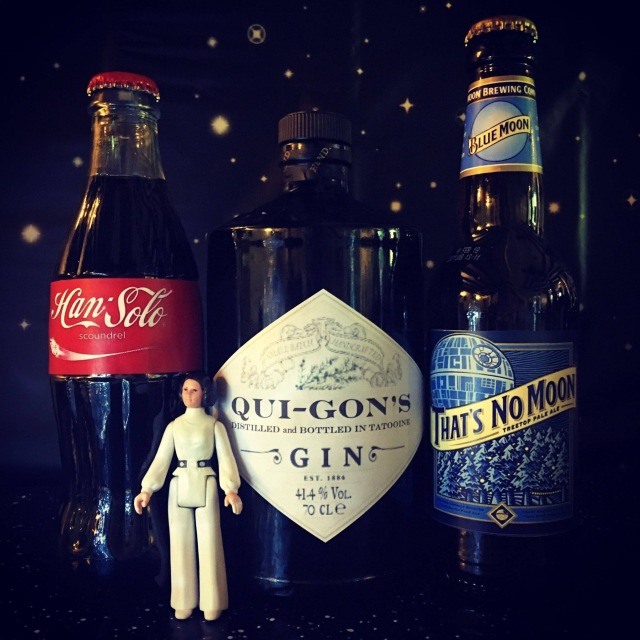 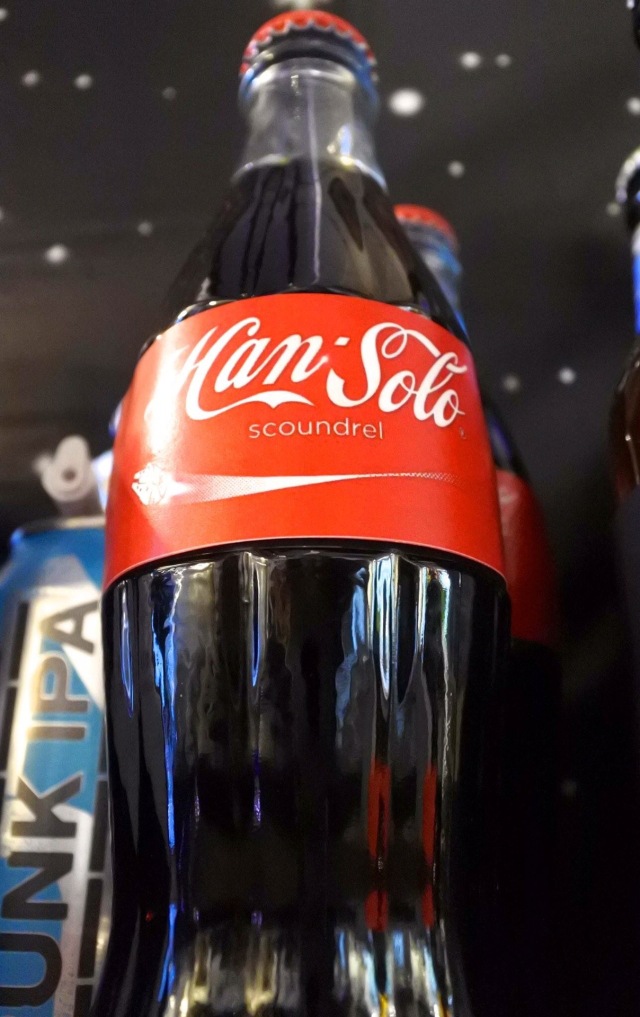 We also purchased some truly magical Sharish blue gin which turned a paler pink when tonic was added.  A flourish of dry ice (from Chillisticks online) made the drinks worthy of any Tatooine villainous scum! 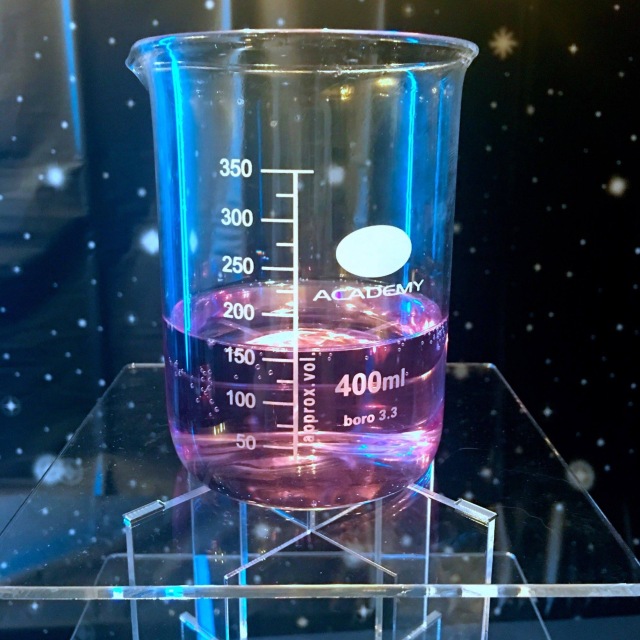 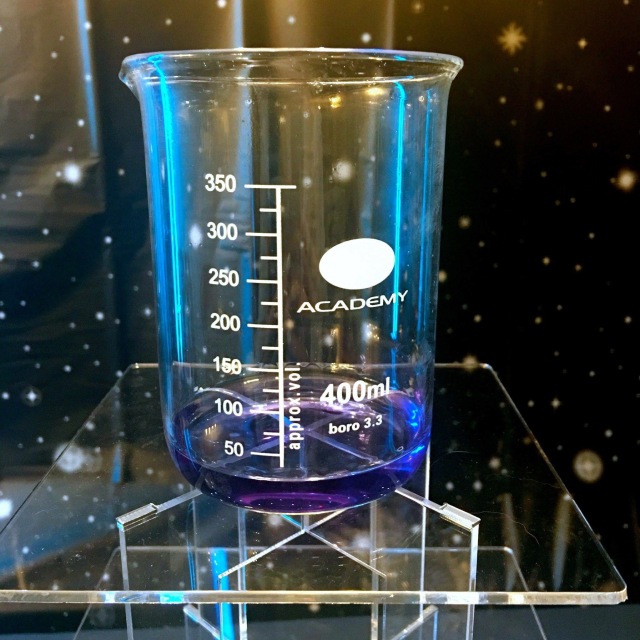 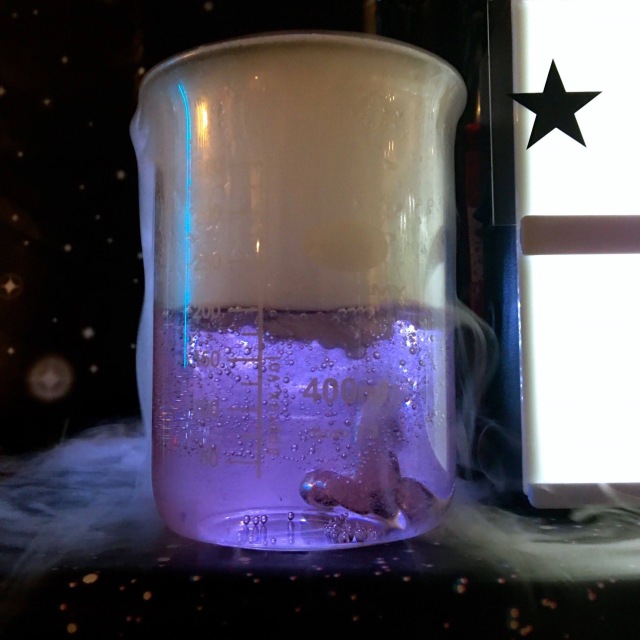 I reverted to my usual party fare, but enhanced with some pretty easy adornments.   The pulled Rancour sliders (recipe from Whatsgabbycooking) were accompanied by a Maz ‘n cheese (Martha Stewart Four Cheese Macaroni Cheese) and BB8, Death Star and Millennium Falcon pizzas. 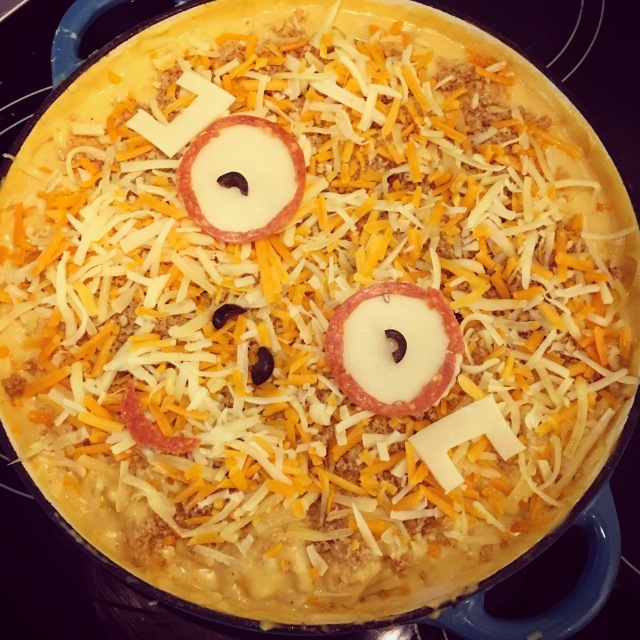 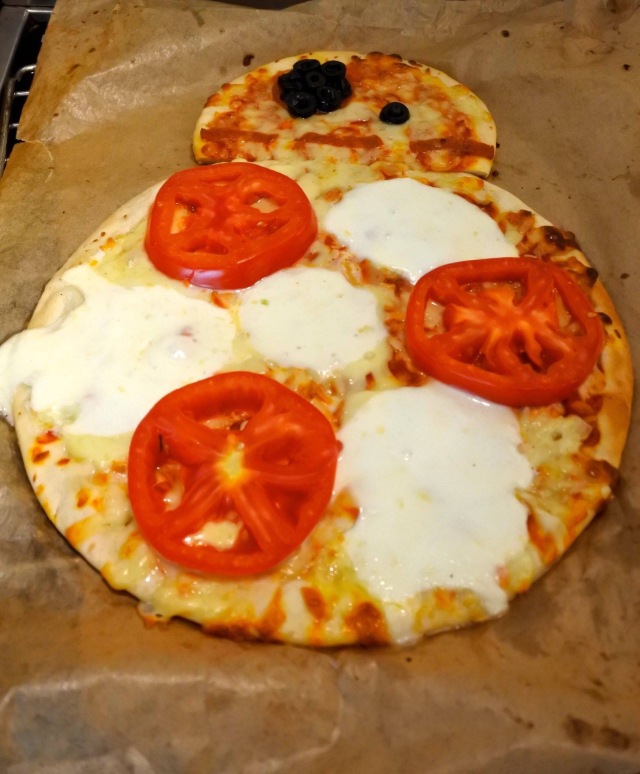 To follow, cloud city puddings (aka jelly/jello fluff), Rebel Alliance cookies, Stormtrooper Pez, Ewok biscuits, M&Ms, Skittles and Milk Bar galaxy cake truffles continued the theme.  And May the S’Mores Be With You… 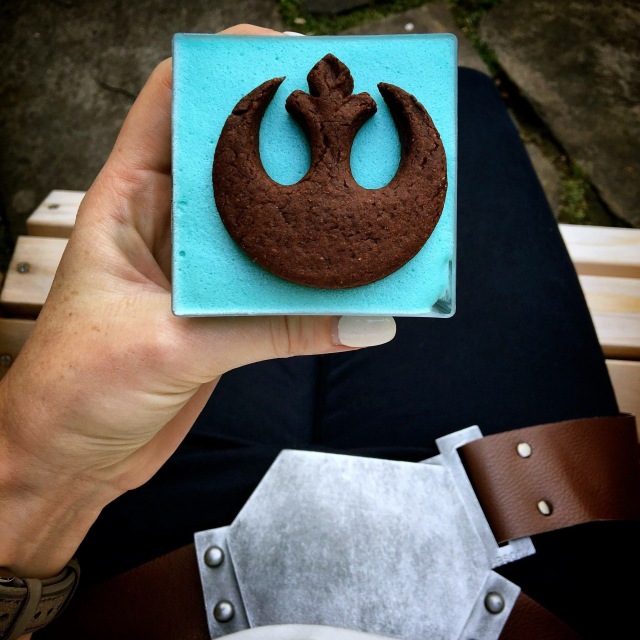 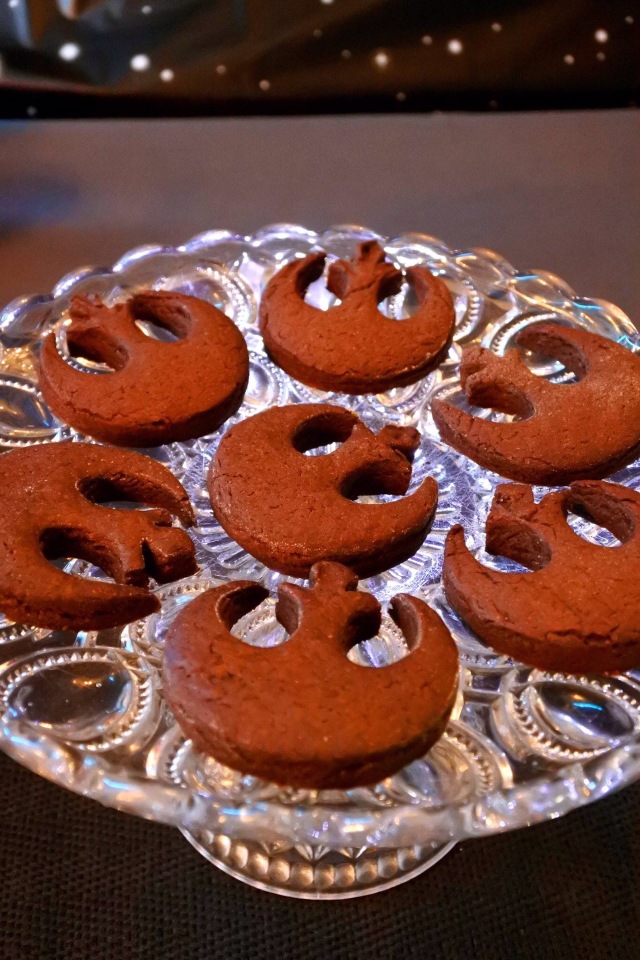 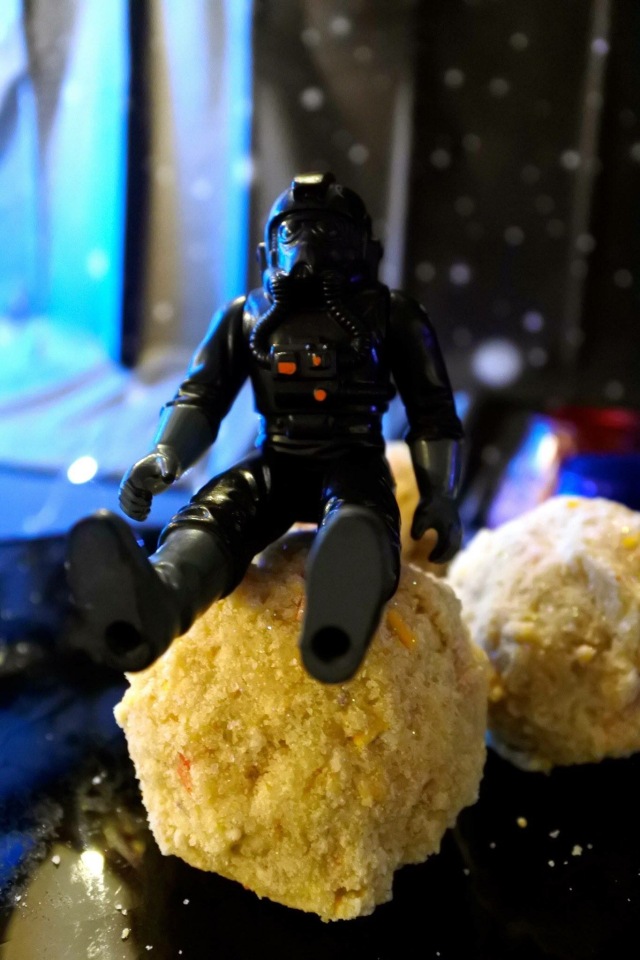 I’ve accumulated plenty of red white and blue items over the years as well as an array of Star Wars props.  I raided our Star Wars guest room and used our Skywalker lightsaber light and figures to decorate the table. 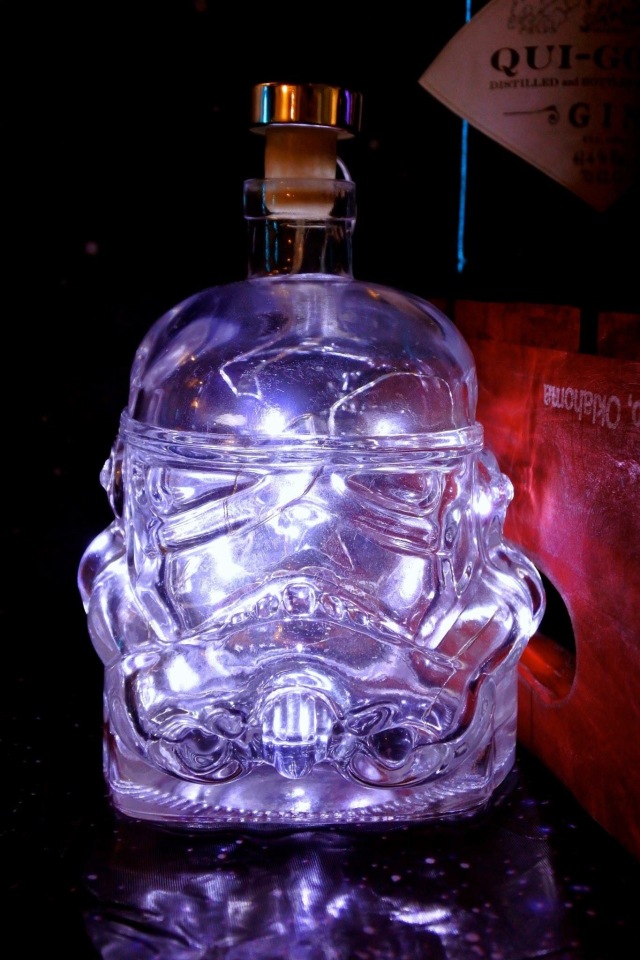 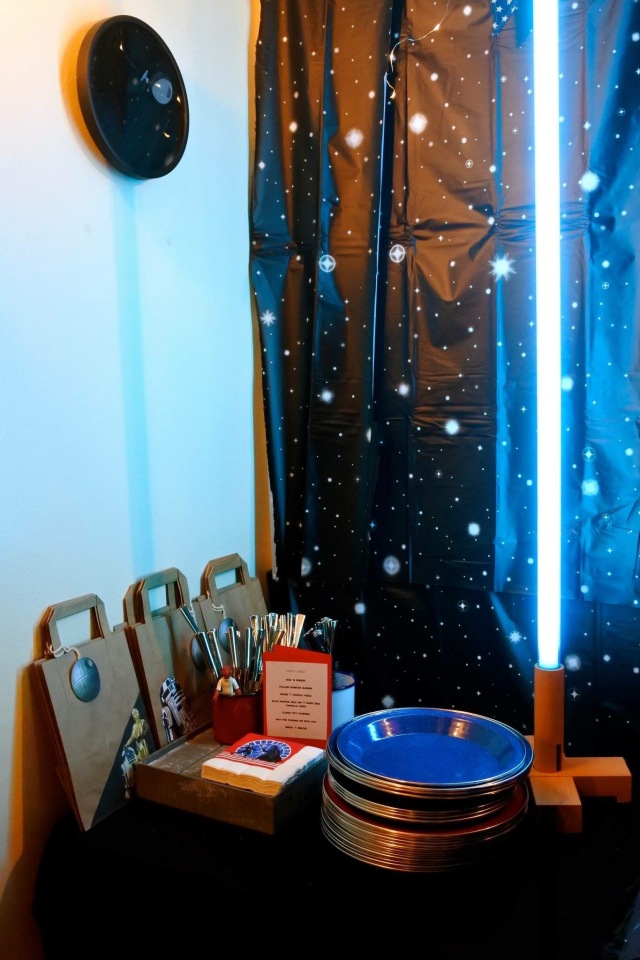 Guests were serenaded with the New Hope vinyl soundtrack and my vintage 1980 Empire Strikes Back napkins looked awesome. 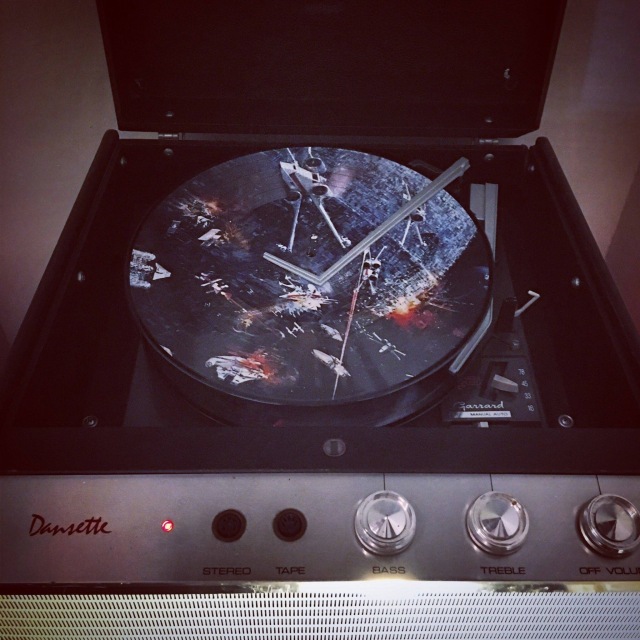 We had some great costumes too: a Darth Vader, Princess Leia and I went as a female Han Solo.  The costume was easier than I had expected to pull together.  A utility shirt with a cut up t-shirt for the tank top with blue jeans decorated with small pieces of red electrical tape.  I purchased a toy blaster that I spray painted to look more like the original and managed to find a holster on Amazon. 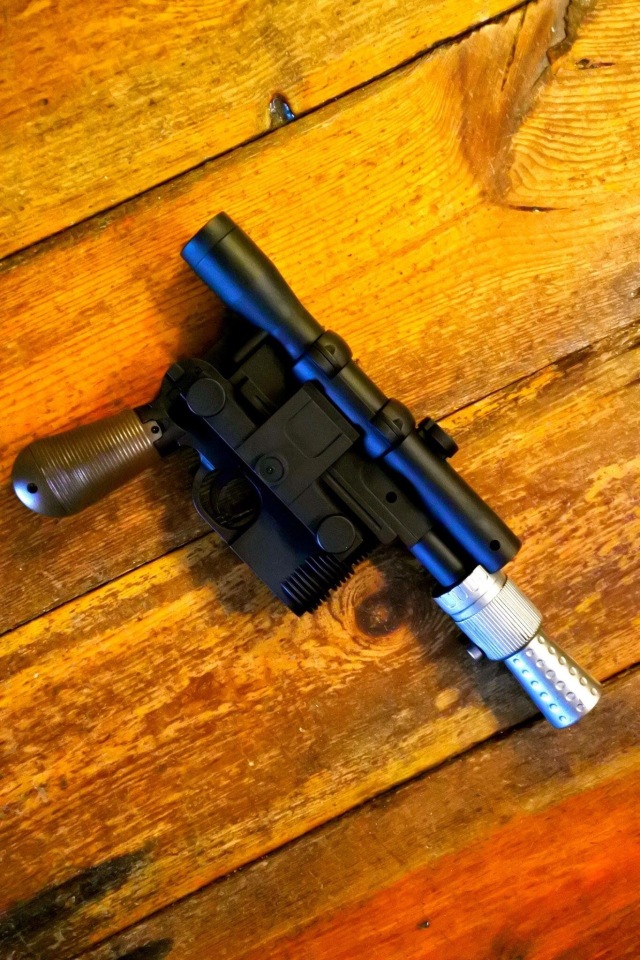 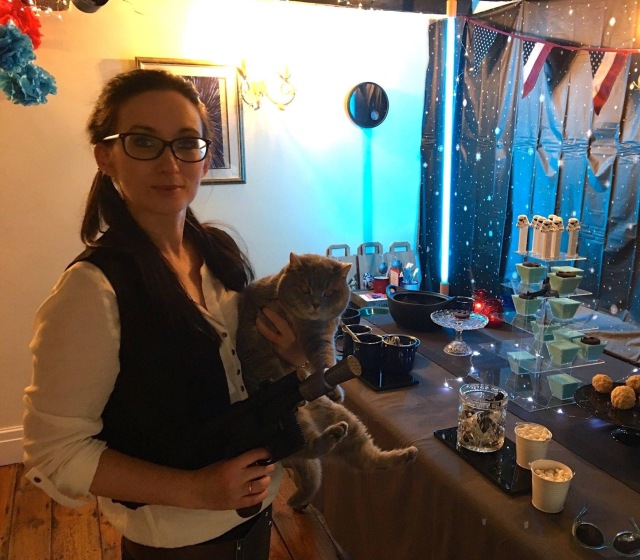 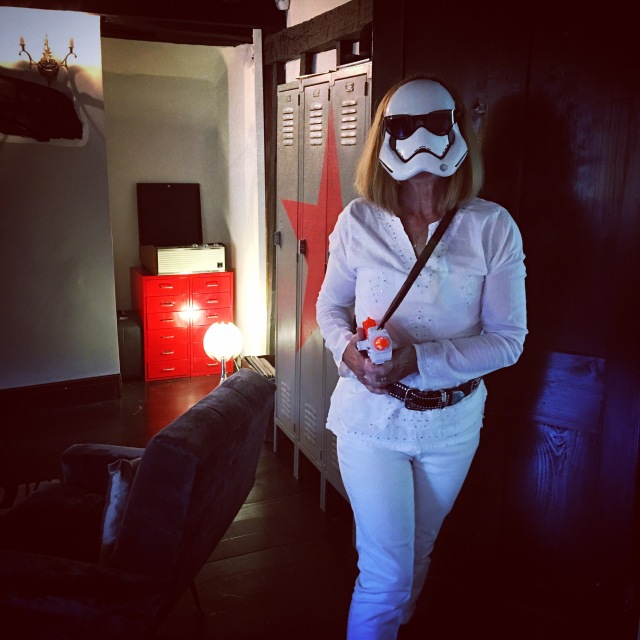 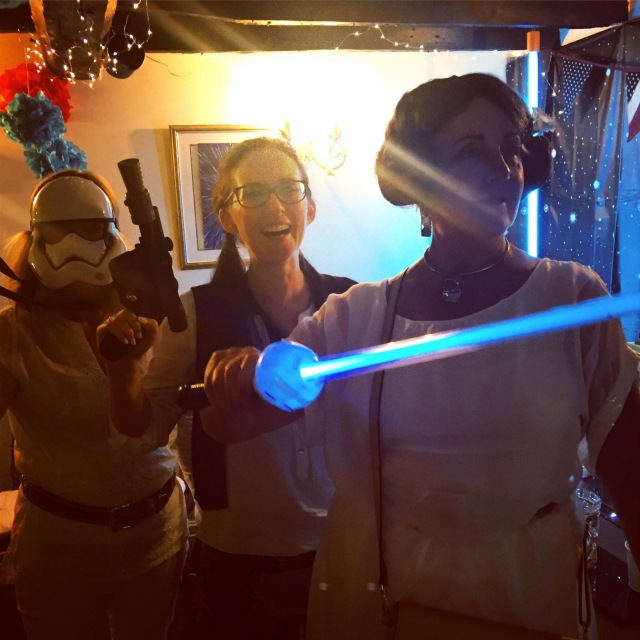 I hope everyone has an amazing holiday and Happy Force of July everyone! 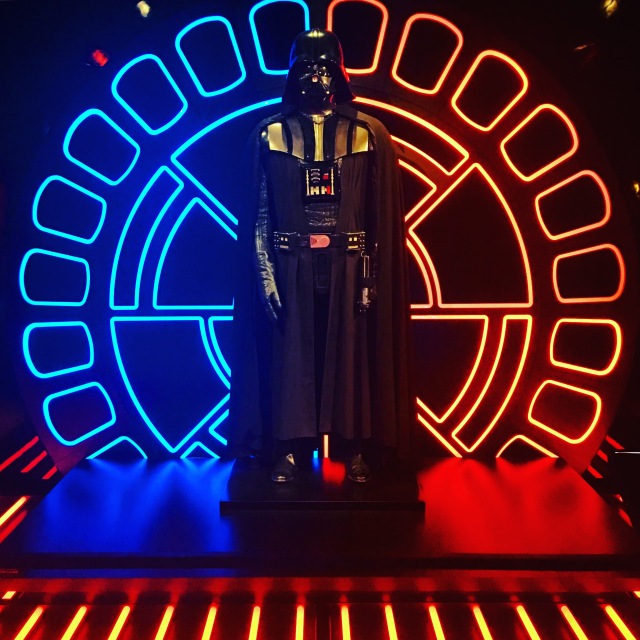