When we learned about the “Alien Encounter” experience being hosted at the National Space Centre in Leicester over the Halloween weekend at Comicon earlier in the summer, we signed up for tickets straight away.  The event included: a fantastic live-action experience where a bunch of real-life Colonial Marines from the UK division battled it out against large men dressed in Alien suits; a nerf gun firing range; and the opportunity to watch the movie in the centre’s wonderful Planetarium. 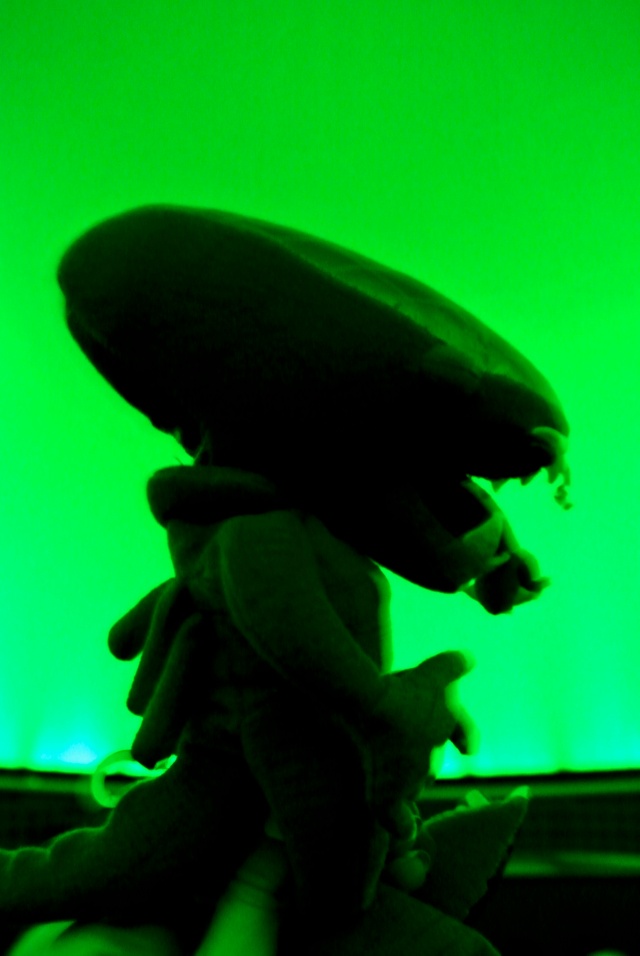 The Alien franchise is up there with the sci-fi greats, and continues to be obsessed over by sci-fi enthusiasts worldwide.  Or at least the two first instalments are.  We will pretend, for today, that the newer versions were never made.

The original 1979 release of  Alien, was a cinematic masterpiece, as it artfully weaved the genres of sci-fi and horror into one unsettling and relentless survival story.  The tagline sets the tone of the movie perfectly, as, of course, in space, no-one can hear you scream.

Get away from her, you B*TCH!

It was also a first in the sense that the main protagonist was a woman, and a strong kick-ass woman at that.  Signourney Weaver’s Ellen Ripley was everything the 70s and 80s characters were not, and at no point does Ripley run around screaming irrationally waiting for her more capable action hero to save her.

What is interesting is that Ripley was originally scripted as a man, but the casting of Weaver to this role is undoubtedly what makes this franchise what it is today.

The 1986 sequel to Alien, Aliens, took the franchise along a different path, and instead presents movie-goers with a more traditional 80s action movie feel, as the bad-ass egos of the Colonial Marines (featuring comic relief, Bill Paxton as Private Hudson, and the gorgeous Michael Biehn as Corporal Dwayne Hicks) are drafted in on board the U.S.S. Suluco to save the day on LV426.

This time, of course, it’s war.

Whilst to some, the titles may seem a little unoriginal, but of course, it actually gives the viewer a clear understanding of what they are about to experience.  The first movie had only the one hostile intruder, who stealthily picked off each member of the Nostromo, one by one.  The second, on the other hand, really is an all guns blazing, Western-esq, bug-hunt. 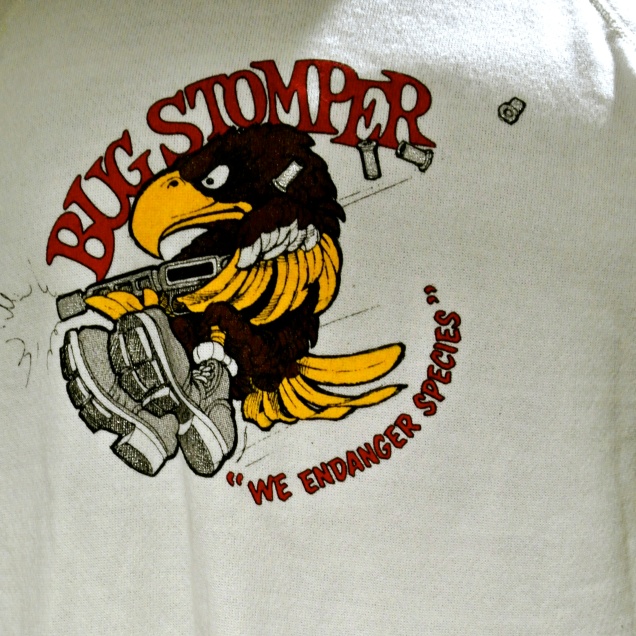 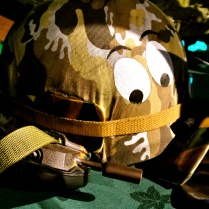 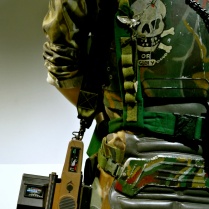 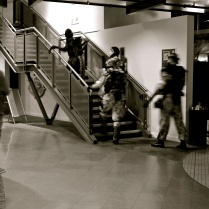 I only need to know one thing: Where. They. Are

As with most successful movie franchises, Alien and Aliens spawned a total of seventeen officially licensed video games (thirty eight if you also include the crossover Alien vs. Predator derivative) over the three decades, most of which were based on Aliens rather than Alien, as the latter it lends itself particularly well to the first person shoot-em-up type of game-play.  The franchise has grown-up with the developments in personal gaming, with the first game having been released on the Atari 2600 way back in 1982, and the newest resurrection, Alien: Isolation, released on the next generation consoles, PS4 and Xbox 1, last month.

This new game has already received critical acclaim, as it transports the player back into classic Alien territory.  The retro 70s feel of the Nostromo is re-created here, with reel-to-reel tape decks, and lots of nice “Easter eggs” for the Alien movie fan (that I won’t spoil here!) to relish.  The game’s success can be attributed to its reversion to a single Zenomorph set-up, and to the fact that the creature is elevated from being mere cannon-fodder (as was the case in almost all of the more recent games) to its original primal self, simultaneously majestic and utterly terrifying.  The alien is also frustratingly indestructible.  If it sees you, you’re dead.   If you have the audacity to try and kill it, you’re dead. 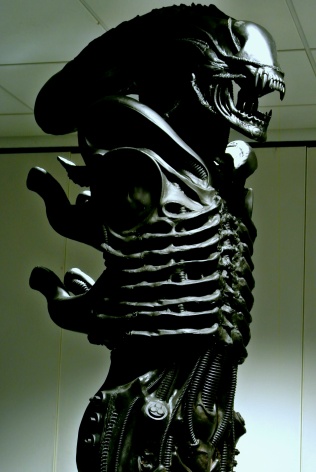 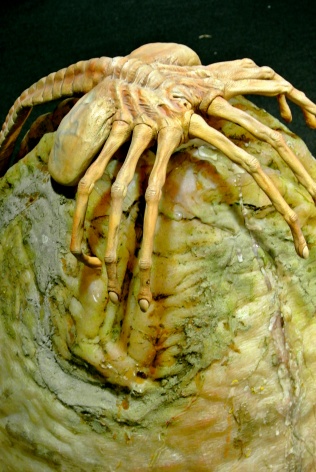 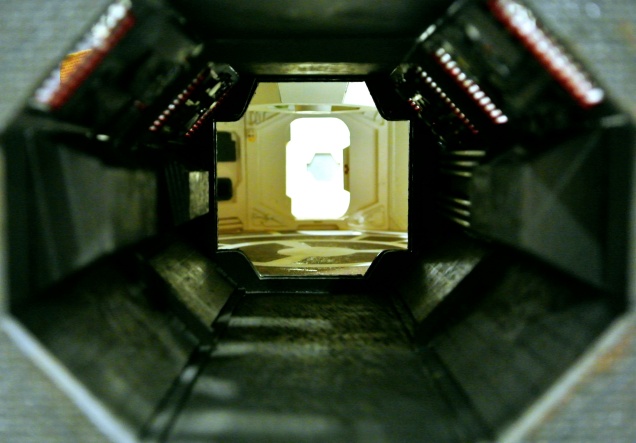 A survivor unclouded by conscience, remorse, or delusions of morality

This new release, together with the likes of the Alien Encounter we attended, prove testament to the timeless appeal of the franchise’s two early instalments.  Whilst the differences in style between Ridley Scott’s original and James Cameron’s sequel are marked, there is denying that it is the structural perfection, hostility and unnerving beauty of the alien construct itself that keeps us all wanting more. 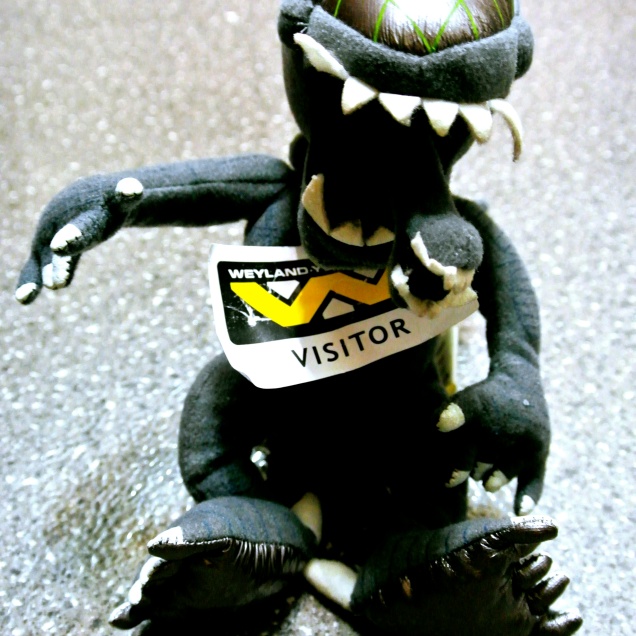 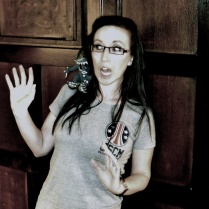 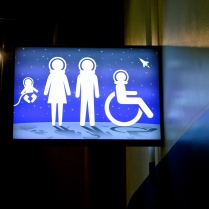 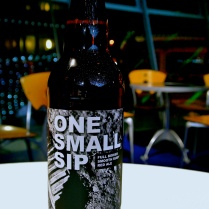