Ain’t that a kick in the head

The gamers amongst you may well recognise Nelson’s water tower from Bethesda’s 2010 instalment of the RPG, FALLOUT:NEW VEGAS.  As the title suggests, the game is set primarily in the Las Vegas metropolitan area, in the aftermath of an apocalyptic nuclear war.

Depicted as the stronghold of the utilitarian faction, Ceasar’s Legion, Camp Nelson was not the place you and your trusted PIP-Boy would want to linger: many an NCR trooper met a harrowing end here, probably wishing that they had never set foot in the Mojave Wasteland, and were instead locked up in the relative comfort of one of the many Vault-Tec subterranean vaults.

The casting of Nelson in this way was certainly not coincidental, but instead, serves to highlight the creative subtlety employed by developers when fabricating the epic universes of the modern video game.  By designating Nelson as the Legion’s headquarters, Obsidian artfully emulates the anarchy and treachery that bestowed notoriety on this town during the second half of the nineteenth century.

Although Nelson had already been branded as “Eldorado” by the Spanish in 1775, having made the first discoveries of silver in the region, it was the wild west’s gold prospectors who really set Nelson’s mineral extraction boom in motion.   They discovered an abundance of gold, silver and other metals at the site, which led to the establishment of the infamous Techatticup (the Paiute word for “I’m Hungry”) mine in 1861. 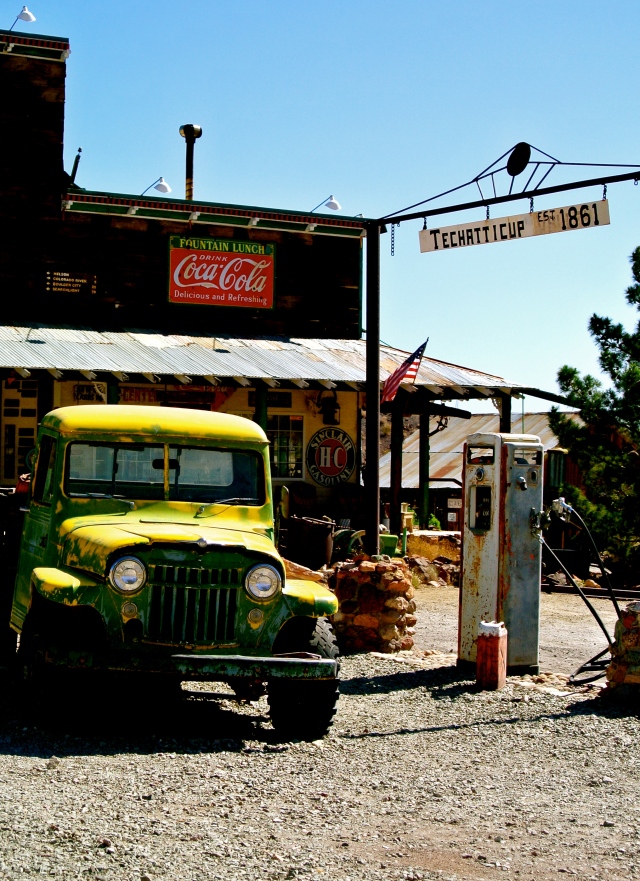 In its early years, the Techatticup mine became a haven for Civil War deserters, it’s remote location (the nearest Sheriff being stationed more than 200 miles away) and reputation for lawlessness making it an ideal refuge for those Union and Confederate men who were condemned equally by their respective governments.

The mining activities continued in Nelson from 1860 until the mid twentieth century, but its operations were marred by vicious labour disputes and violence throughout this period.  One of the bloodiest episodes in the mine’s history emanated from the claim jumping that took place there in 1874, the events of which provoked a number of high profile murders across Nelson.

Now all that remains of this once prosperous community are relics of a by-gone era, which attest, once again, to the region’s influence on the retro-futuristic feel of the Fallout franchise.  The ghost town is now managed by a small group of residents who maintain this portal-to-the-past with the care it so rightly deserves.

Instead of radiation, Ghouls and outlaws, rattlesnakes (which lurk in the cactai, and shady nooks and crannies of the village’s impressive collection of vintage automobiles) pose the only real danger to Nelson’s modern visitors. 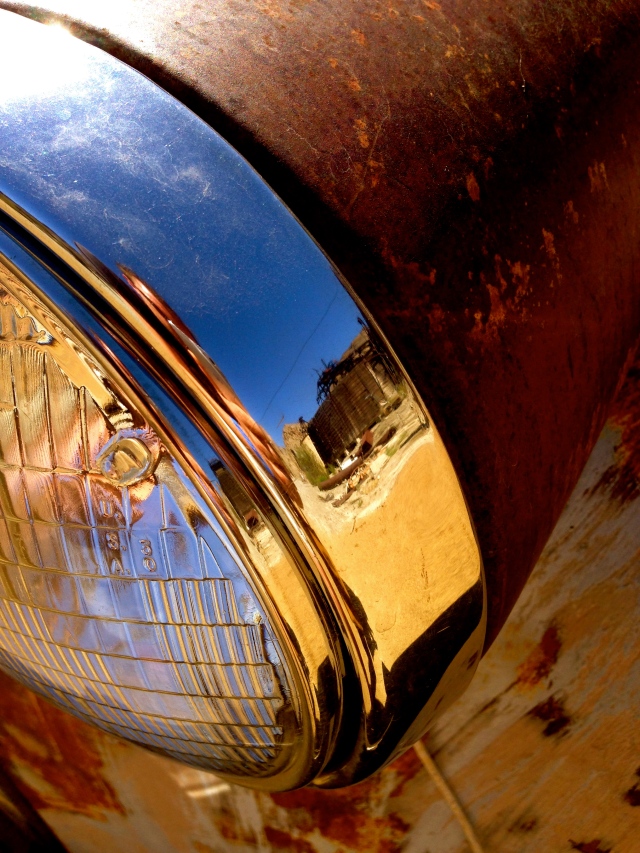 The bullet-riddled gas station advertisements serve as the only reminders of the town’s turbulent and unruly yesteryears.

Whether you have played the game or not, Nelson presents the Las Vegas tourist with a rare opportunity to step back into a time that has long past. And what’s more, it will only set you back ten bottle caps to visit (that’s $10 in pre Great War money.)

Located 8 miles South East of US 95 on the Nevada State Route 165, deep within the Mojave desert, Nelson really does lie on the road to nowhere, the state road ending abruptly at the Colorado river, where Nelson’s landing once stood before being decimated by flash floods only quite recently.

For the deluxe New Vegas experience, you should follow in the footsteps of the Courier by continuing South on the US95, past the “HELIOS One” solar energy plant, and onwards into Searchlight, both of which feature prominently in the game.

Visits to the traditional Nevada sights, including the HOOVER DAM (above), and the zany, and insanely wonderful, SIN CITY a.k.a LAS VEGAS, are also a must. 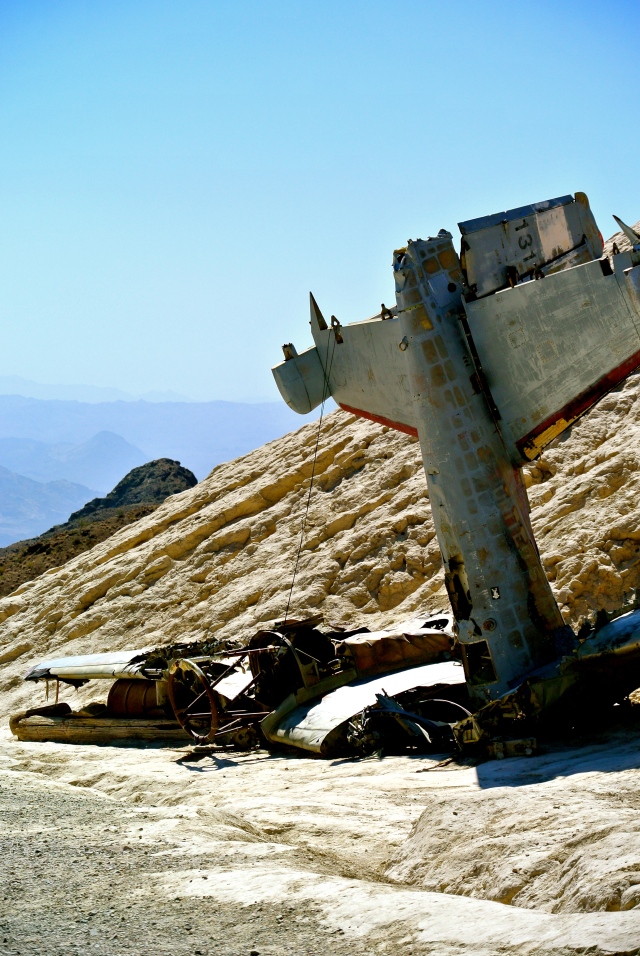 Come fly with me – This airplane is not an antique like the rest of its neighbours. It is in fact a discarded prop from the movie 3000 miles to Graceland, starting Kevin Costner and Kurt Russell. 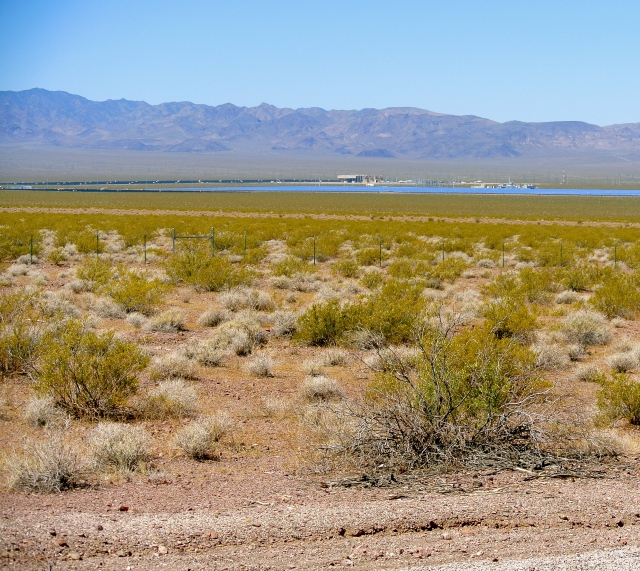 That Lucky Old Sun – The real life HELIOS One solar energy plant, located off of the US95 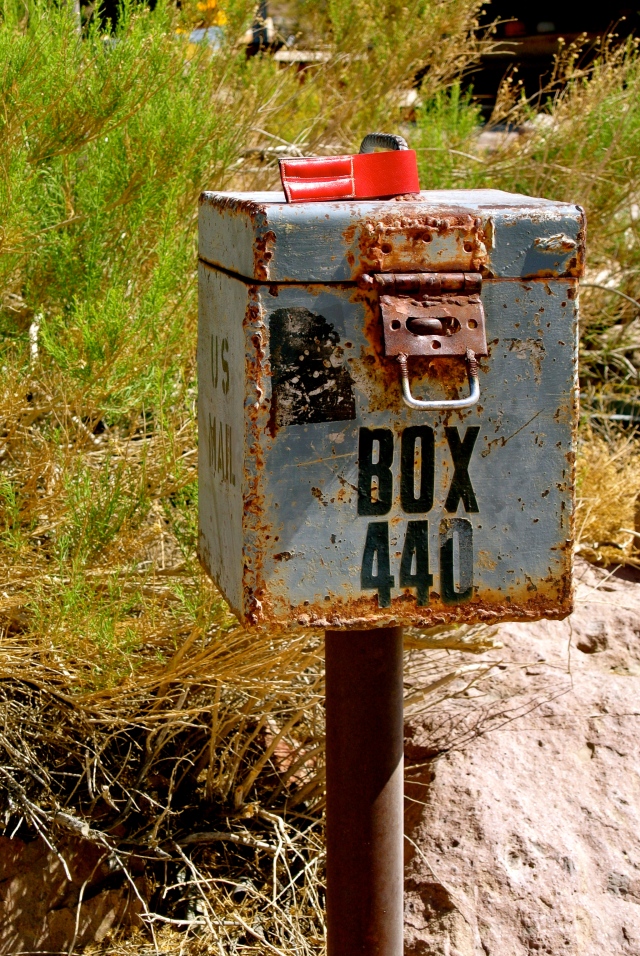 Enjoy a delicious and refreshing Nuka-Cola

“Associate with men of good quality if you esteem your own reputation; for it is better to be alone than in bad company.”